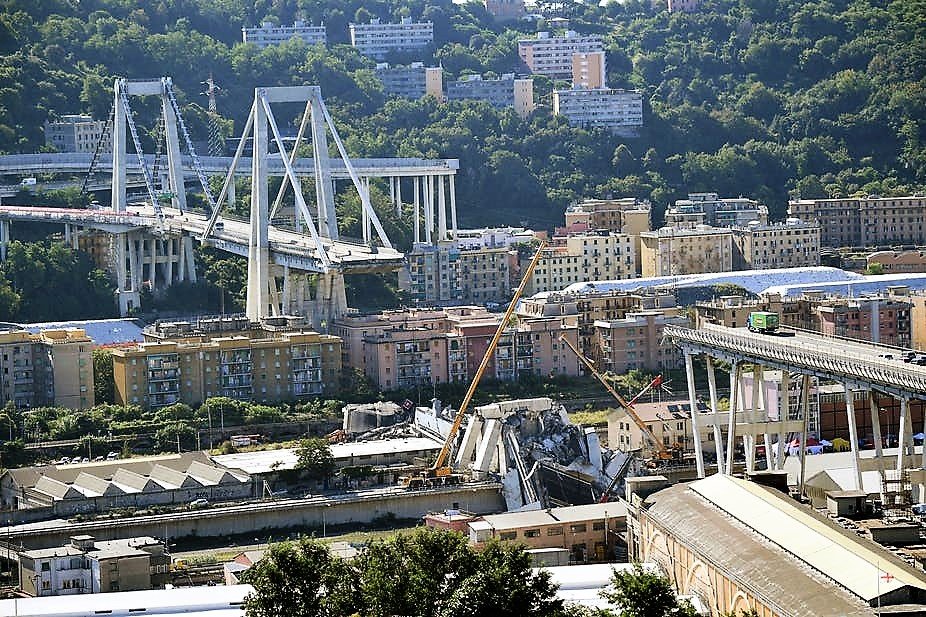 Following the Genoa bridge disaster in August 2018, which claimed the lives of 43 people, the French Senate commissioned an immediate survey of the state of France’s bridges. The report, made available to AFP , the French news agency, states that “at least 25,000 bridges are in a bad structural state and pose security problems” Another survey carried out in 2019, by two private consultancies for the Ministry of Transport of France, uncovered that more than 800 road bridges in France, a third of those maintained by the state, were “at risk of collapsing” within a few years, if they were not reinforced.

In the USA, an analysis of federal data by the American Road & Transportation Builders Association revealed that nearly 235,000 bridges, almost 38% of all U.S. bridges, need either repair, replacement or major rehabilitation. The total cost of repairs should easily exceed two billion US dollars!

However, many bridge designers choose not to waterproof bridge decks and this decision may lead to unfathomable repair costs, and to incidents leading to fatalities .

Chloride-induced corrosion is caused by the ingress of chlorides through the cover concrete, particularly in splash and tidal zones, on wharfs, bridges or exposed concrete structures, such as carparks. It is for this reason that waterproofing is critical for bridge decks, not only to waterproof the structure, but also to protect it from corrosion.

Primarily known for its ability to waterproof concrete and its astounding 2.2mm crack sealing capability, CWS100 protects the structures it is sprayed on, entering the concrete at about 10-20mm and forming a protective gel within the matrix, which remains active within the structure to ensure its durability and seal future cracks.

When sprayed onto finished concrete, CWS100® permeates the surface and forms a gel within the concrete itself. This gel protects the concrete from the ingress of chlorides and other detrimental substances, that will eventually – and inevitably – harm the structure. This chloride arrest ultimately increases the lifespan of the structure, by preventing corrosion to the steel and carbonation of the concrete, while maintaining the steel-concrete bond.
Also, CWS100® increases the hardness of the concrete from six up to eight on the Mohs scale – the equivalent of granite. The increased hardness, along with the impenetrable gel inside the concrete, not only prevents the ingress of salts and acids, but makes it ideal for areas that are subject to high loads, such as cars, trucks and buses, further protecting a bridge deck or a wharf from load stress.

Available to Contractors and Applicators by an international distribution network, CWS100® provides an ideal solution to ensure the waterproofing of concrete structures, especially those exposed to thermal stress, like bridges, wharfs, carparks, rooftops etc.